I know it when I see it 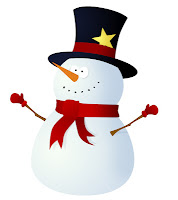 In his “Books with s*x in” post, Nik likens Jo Nesbø’s The Snowman to pornography (according to his “aunt,” he says, an allusion only slightly more credible than referencing a “friend”…).

Oooh, pornography, I thought as I rushed to the local library to grab a copy, I’ve got to check it out for myself. Strictly in the interest of literary research, of course.

But  pornography? My first thought was that Nik’s “aunt” had perhaps had one too many pints in the pub the night she cracked open The Snowman. I mean, there’s not a single really graphic description of the sex act anywhere in almost 400 pages. When the characters do get it on, it goes something like this:

“He was going to say something, wanted to say something. But he had already thrust out his arm, caught her, pulled her to him, hear her gasp as he held her tight, saw her mouth opening and her tongue moving toward his, taunting and red. And basically there was nothing to say.

She snuggled up to him…”

And that’s about as graphic as it gets. For the most part, Nesbø moves from pre-coital kissing to post-coital snuggling with nary a detail between.

But….characters in The Snowman do have sex a lot. A whole lot. Harry Hill screws his ex at every opportunity, with her claiming it’s the last time, every time, then always coming back for more. And almost every married female character has a lover (well, at least until she gets offed…). The phrase “whoring around” is tossed around liberally. In fact, the basic theme of the book is sex.

Still for me, lots and lots of sex isn’t enough to constitute pornography; I need lurid descriptions of anatomy and insertion techniques and maybe a bodily fluid or two before I’ll start blushing.

But The Snowman is a sex story, albeit more gruesome than graphic. So it’s understandable that some readers, such as Nik’s “aunt,” in reaching for a good mystery and finding instead sex, sex, sex, and more sex, might think The Snowman more appropriately sold next to Penthouse or Playboy than displayed openly on the shelves of libraries and bookstores.

To each her own, right?

These differences in perception raise a question for authors, though. Do we need to consider reader response when using sex in our non-erotic writing? Or is it better to let the characters do what they do and see how it all comes out (no pun intended…) in the end?