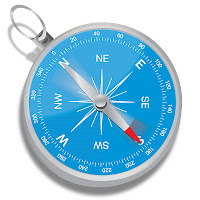 "Oh, no, I'm not reading another book set in New York. The last six were so disappointing."

"That's right, darling, I only ever buy books set on the north coast of Papua New Guinea, nothing else is worth reading."

I love "The Saint" books of Leslie Charteris, and I'm appalled that they're not still in print, with the odd rare exception. One of the later books, which was ghost-written, was set in Cambridge, where I lived at the time I happened to read it. Sorry, Jay says that I have to specify that's Cambridge, England, to avoid confusion...

Here's an extract from Count on the Saint setting the scene:

"The lane ...  opened into a secluded square dominated by the tall turreted gateway of St Enoch's."

But, but... there's no such place! (I recall actually spluttering tea across the room at this point.) It's made up! What is the point of setting a book in a real city, that people can actually go to, and then invent a new set of buildings for it? Maybe the publisher wouldn't stretch to a day out for the writer, but surely he could have at least looked at a map!

Of course, I now realize that it's impolite to set a book in a real location like a College or the Los Angeles branch of Walmart without asking first. (I've never been to Los Angeles, but I assume it only has the one Walmart.) How does one obtain permission to feature a story where the shoppers and staff are slaughtered by a genetically-modified guinea fowl? Presumably Walmart would be happy as long as it's made clear that the homicidal bird was reasonably-priced and from a farm with high standards of animal welfare...

So where to set our book? A fictional, unnamed location where imagination can have free rein? ("Look! He just abseiled from the top of the cathedral all the way over to the nuclear power station next door! Incredible!") Or our favourite holiday destination, so that bunking off becomes "research"? Or the next road along, for gritty authentic detail?