Not tonight, Josephine, I'm in a Onesie 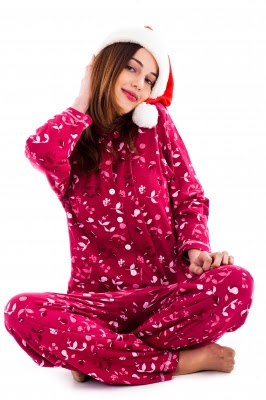 Unlike Jay, I haven’t read Fifty Shades, but I do find it interesting that the book that made erotica mainstream, however temporarily, has themes of S&M.

Historically, browsing books at stations and airports in the UK, one has always been confronted with a sorry selection of “bestsellers” (which I’m sure only get bought because they’re “bestsellers”, rather than being any good) and a disproportionately large section of “erotica”. The covers would feature a lingerie-clad buxom hottie, and a surprisingly large number of them would feature ropes and/or whips and rather impractical-looking rubber underwear (try taking that to the dry cleaners). The cover blurb would always tell a tale of slavery, domination and subjugation. So I’m told, by, ummm, people who do extensive research into this sort of thing.

Like I said, it’s interesting that Fifty Shades is just the sort of book I didn’t want to read, but it’s what everyone else is grabbing by the million.

But let’s come back to the covers, and the sexy undies. If a writer is going to dress a female character for sex, then there’s a whole panoply of stockings, suspenders, hold-ups, basques, scanties, thongs, and filmy nothings to play with. All the male needs is a zipper that can be caressingly or desperately undone.

So what happens when erotica collides with modern fashion horrors? One of the latest crazes is the “onesie”: effectively a baby-gro for adults. The thought of having to integrate this into an erotica-themed book is too dismal for words. The author would just have to give up in disgust and change the plot. Wrestling out of one of the bloody things to go to the loo takes long enough, sex is completely out of the question.

"Don't be stupid", he replied. "I'm in a onesie, you're in a onesie, and we have an early start in the morning."

Posted by Anonymous at 8:11 PM