I walked past a wine merchant's recently. A board in the doorway proclaimed:

"We may not have cable ties or rope, but we do have over 50 shades of wine!" 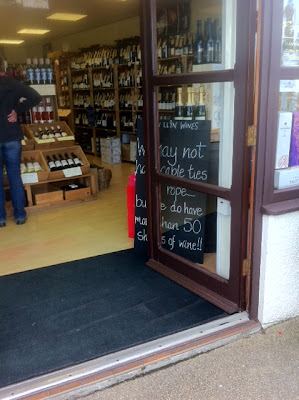 Is this not astonishing? I can't recall any book influencing popular culture in this way, not even the Harry Potter series, which Fifty Shades has displaced as the best selling book ever in the UK. And it's smut! Reviews and articles in newspapers and magazines have to shy away from details of the content to avoid giving apoplexy to retired Generals and their maiden aunts.

Now, I love Jay's review of Fifty Shades, and I'm not just saying that to try to get a photo of her in heels and stockings that goes higher than the knee. We promised that this wouldn't be a blog about the book, and as things evolve that will be true – probably – but since it was the starting point it will feature for a little while. I'm writing here about reviews in general, though.

Are you influenced by reviews? Would you buy a book based on a review alone? I admit that I'm easily swayed by reviews, but there was one notable exception.

It was a review of the Harry Potter books, at the point where I think the first three had been published. The reviewer, an author of children's fiction (whose name I'd never heard) had constructed a vitriolic article deriding the books and deploring their effect on children: children, apparently, were reading the books over and over and ignoring all others.

"Oho," I thought. "There's some serious sour grapes going on here. Mrs. Reviewer doesn't like the fact that children are reading J. K. Rowling's books rather than her's. And J. K. Rowling is making lots of money from her books whilst Mrs Reviewer is reduced to earning a crust by writing about how bad they are. Which must be really galling!"

So I went and bought the first Harry Potter, loved it, and have devoured the rest since.  All on the basis of a very negative review.

I may buy a book because of a positive review. A negative one is likely to put me off. But most of my reading is guided by favourite authors, genres, and "must read" recommendations from friends, though that last category carries a filter warning as well, as some of my friends may be very dear to me, but they have crap taste in books.