The Greatest Seaman of his Age 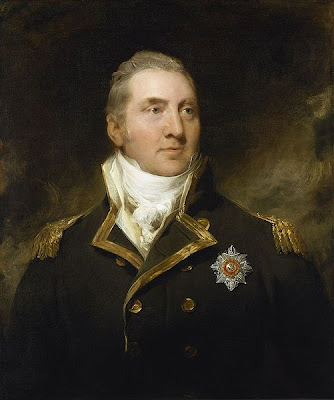 This post is perhaps a bit off-topic, so apologies in advance. I’ve just finished reading Commander, by Stephen Taylor, a biography of Edward Pellew, later Lord Exmouth, renowned as one of the greatest fighting Captains in Britain’s Royal Navy during the Napoleonic Wars. If you’re familiar with C. S. Forester’s Hornblower novels, the real-life Pellew is used as a mentor for the fictional Hornblower; he’s also cited as one of the inspirations for Patrick O’Brian’s Jack Aubrey.

I read a fair amount of history and biography from this period. As you can imagine, the quality varies, and even well-researched books can be a tedious read. This one stands out for two reasons: firstly, Pellew isn’t widely written-about, and this is, I believe, the first modern biography; and secondly, it’s wonderfully set up.

The start of the book looks forward to Pellew’s final voyage, sailing against Algiers in the war against the taking of Europeans into slavery. Would he succeed? Would he even return? So the denouement of the book is as tense as any fiction. I didn’t know the outcome, so every page was gripping. It’s not absolutely the best book I’ve read about the period (that goes to Quiberon Bay, by Geoffrey Marcus: long out-of-print, but a page-turner to match any Tom Clancy thriller), and the writing edges on the florid occasionally, but for a fascinating account of the life of a great seaman during the Napoleonic wars, you can’t do much better.
Posted by Anonymous at 2:00 AM