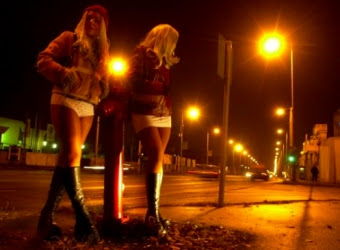 A few weeks ago I was browsing a catalogue of second-hand books, and came across one called "Streetwalker"; subtitled "An autobiographical account of a prostitute". Not usually my thing: the whole "Secret Diary of a Call Girl" cult and its ilk hold no appeal for me. "Streetwalker" caught my eye because it has been attributed in authorship (maybe ghost authorship) to Jonathan Gash. Gash is a hugely prolific author, best known for the Lovejoy crime novels set in the world of antiques; he also wrote some excellent, excellent novels set in the world of prostitution. I think they're fantastic, and will write more about them and Gash's other books before too long.

The book was a rather costly first edition, but I found a more affordable copy of a later impression. A nice old hardback, with a testimonial on the cover from Sir John Wolfenden, author of a major government report in the UK in the 1950s that featured prostitution and led to the legalisation of homosexuality.

So did Gash write "Streetwalker"? I've done considerable research* but it was inconclusive. The book reads more like fiction than fact. If it was written by Gash, I would guess that it has some basis in fact. It's not a great book. There's no hugely titillating sex, in fact the small amount of sex is glossed over. The protagonist's life comes across as pitiful, tawdry, and entirely unenviable; full of rejection, fear and violence. The book itself has the ring of fiction, but the story itself rings true.

Posted by Anonymous at 9:27 PM